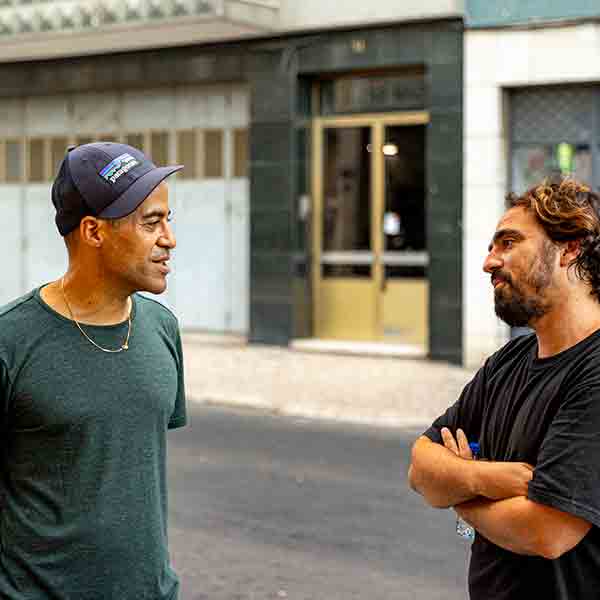 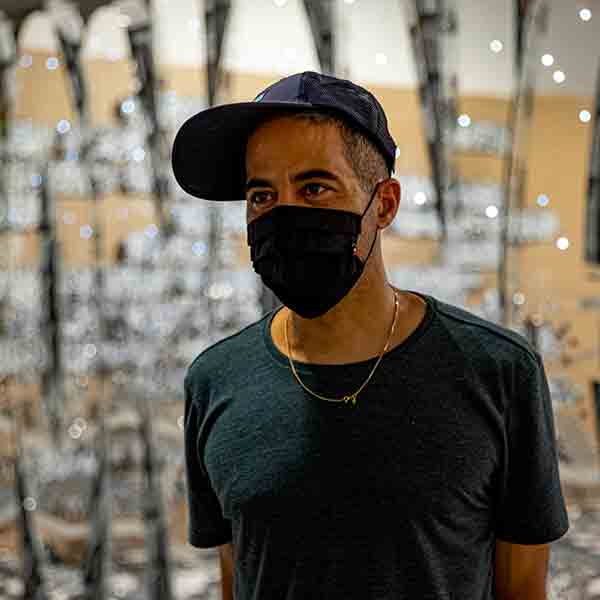 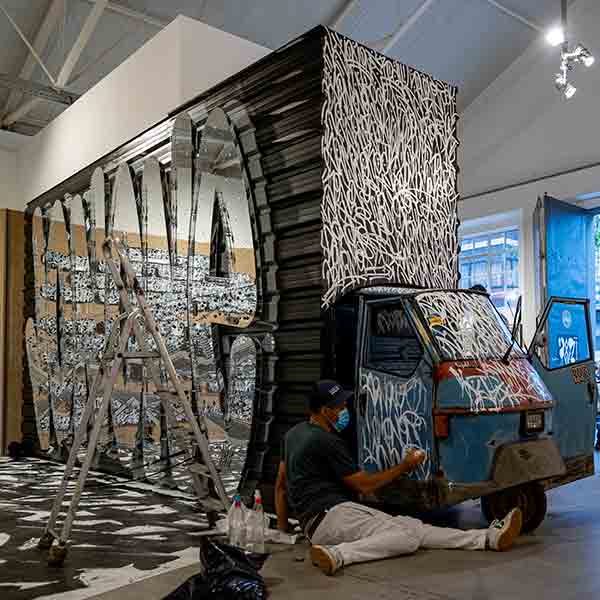 Underdogs gallery presents the new solo show of JonOne « The Border » to visit from September, 11th to October 24th, 2020

The roots of JonOne’s artistic practice lie in his past as a pioneer graffiti writer in New York, in the early 1980s. The act of repetitively writing his own name, his tag, as the expressive essence of his personal and creative identity, forms the basis of his oeuvre. An act that captures for posterity the physicality and impetus contained in the dynamic performative gesture that lies behind his improvised and highly energetic form of calligraphic painting, one that lays down in raw strokes an obsessive and repetitive hypnotic rhythm that plays with memory and heritage, cause and effect. The seemingly abstract, even arcane result of JonOne’s painting speaks of who the artist is and where he came from – the endless lines, drips and splashes conveying something of his personal history and experience, self-awareness and assurance. His richly textural works are a testament to his own radical artistic freedom, to his fervent, poetic sensitivity, to the motion and speed that shaped him as a creative vandal, forming a stage where he plays out the aesthetics of light, colour and vitality.

Skimming along the border between the street and the gallery, expertly bridging the gap between these two worlds by harnessing and blending the full potential contained in both, JonOne presents here an exhibition divided into two complementary settings that reflect something of their respective natures – one that occupies the gallery space in a more conventional form, while another establishes a sharp contrast by taking over the remainder area in a raw, uncompromising way. If one offers the comfort of a traditional set of paintings on canvas, the other receives the artist’s free-spirited approach and presents an assortment of installations (including a vandalised Piaggio Ape vehicle, and a skateboarding ramp incongruously mounted on a wall with painted skateboards), and freestyle paintings on various media (including walls and floor), creating a type of dissonant harmony that seeks to fully draw the viewer into the artist’s world. 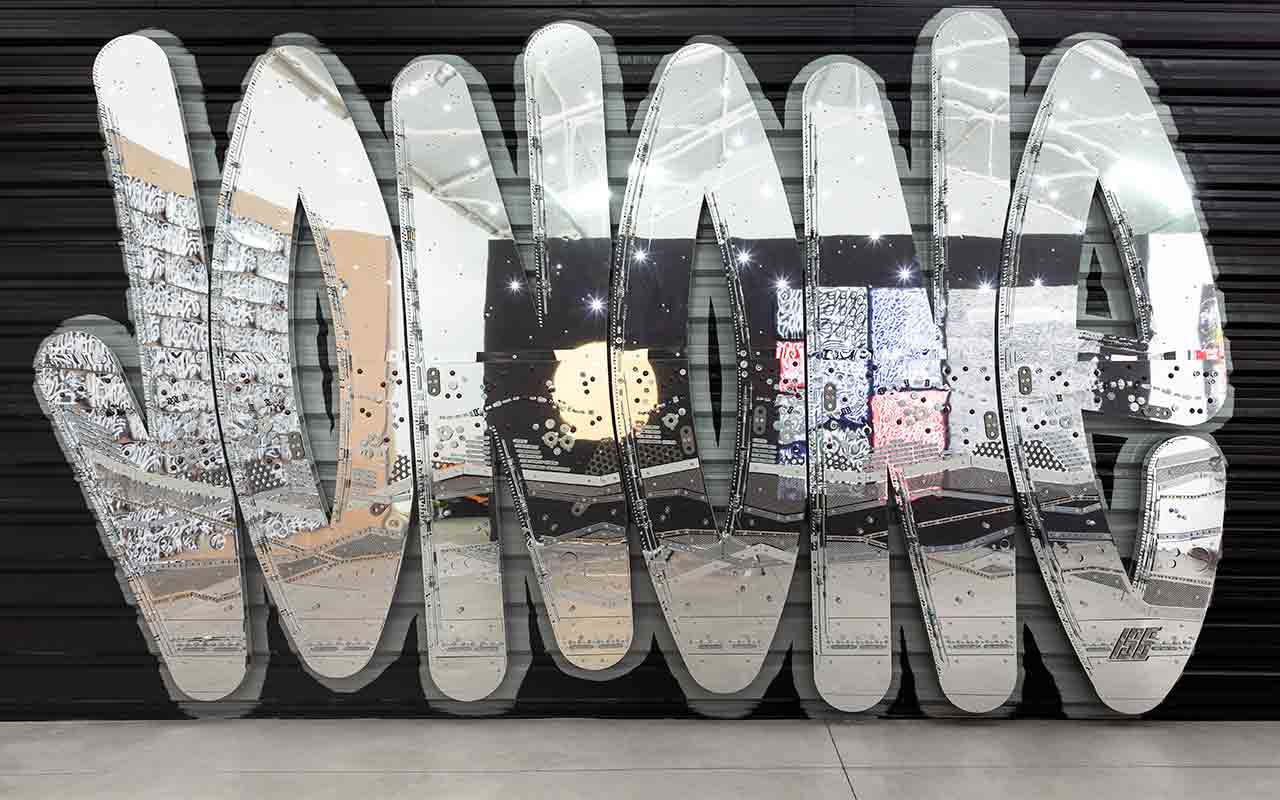