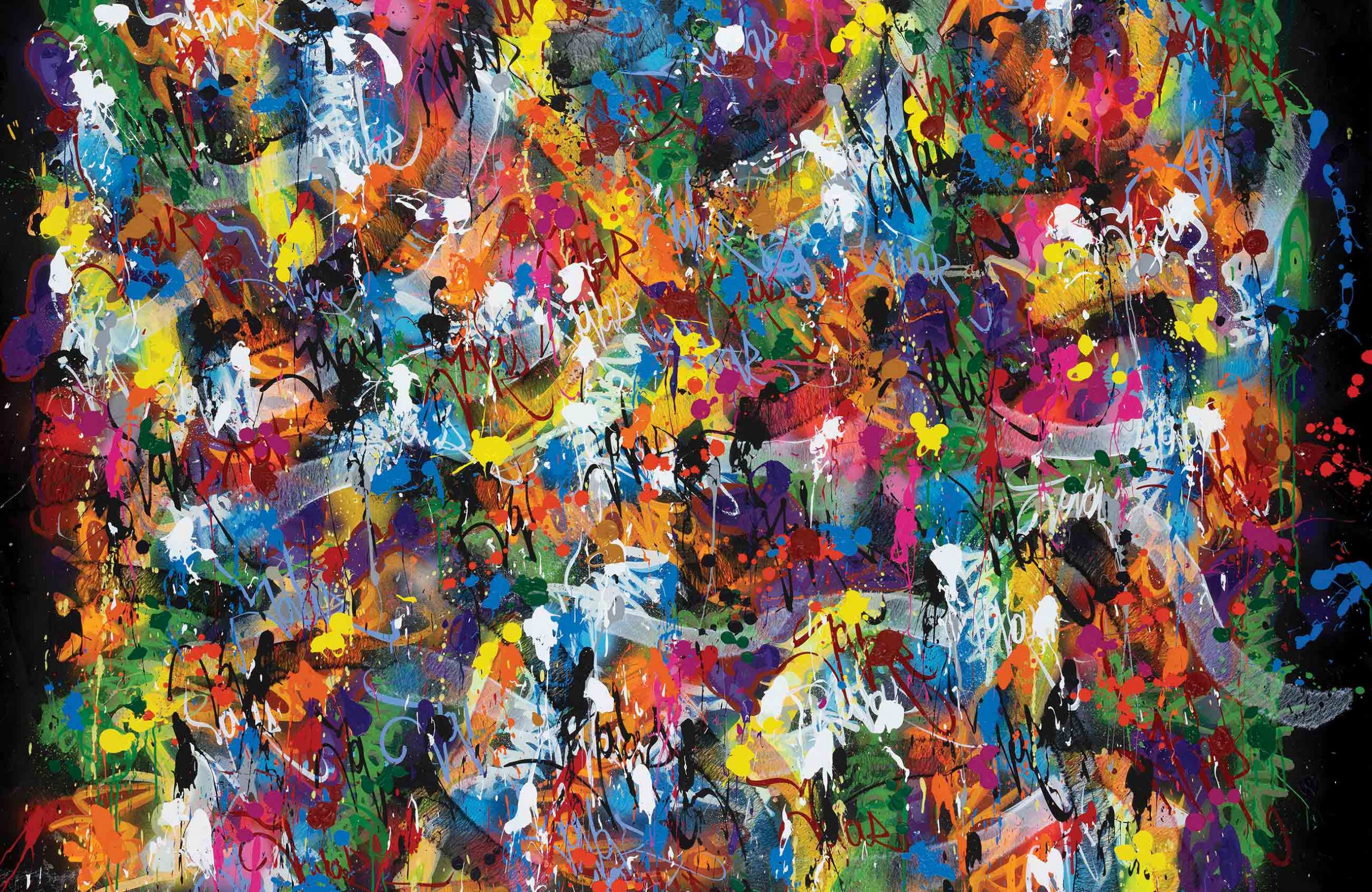 JonOne – The Chronicles
The Chronicles traces the artist JonOne’s unusual journey from New York to Paris and from the spray can to the paintbrush. Born in Harlem in the early 60s, the artist’s early career is firmly rooted in the rule-bound hierarchy of tagging and graffiti culture. With his move to Paris in 1987, JonOne’s artistic constrictions were quickly cast aside. The energy of his paintings on canvas was undeniable and almost immediately found a rapt audience in Europe. By the 1990s he was fully engaged by his studio practice and gallery shows. To this day, JonOne’s colorful and frenetic work continues to make waves, most recently with gallery shows in New York and Art Basel, Miami. Alongside over 300 paintings created over the past 30 years, texts by Henry Chalfant, Magda Danysz, agns b, Tom Laurent, Alan Ket and others bring this fascinating artist’s career fully into focus.