“Painting opens me to myself, it allows me to enter into communication with who I am”

John Andrew Perello, AKA JonOne is a graffiti artist, borns in 1963 in New York USA. Also known as Jon156, is an American graffiti  now living and working in Paris.

Born in New York’s Harlem neighbourhood, Jon was introduced to street art at an early age, tagging his name on the city streets. In 1984, he founded the graffiti group 156 All Starz, which cemented his career path.

Attending the likes of the iconic Studio 54, Jon rubbed shoulders with Jean Michel Basquiat and Andy Warhol, before relocating to Paris in 1987, where he quickly made a name for himself.

Working on a wealth of creative projects and exhibiting on a global scale – from China to Berlin and everywhere in between – his style is a colourful explosion both bright and bold. 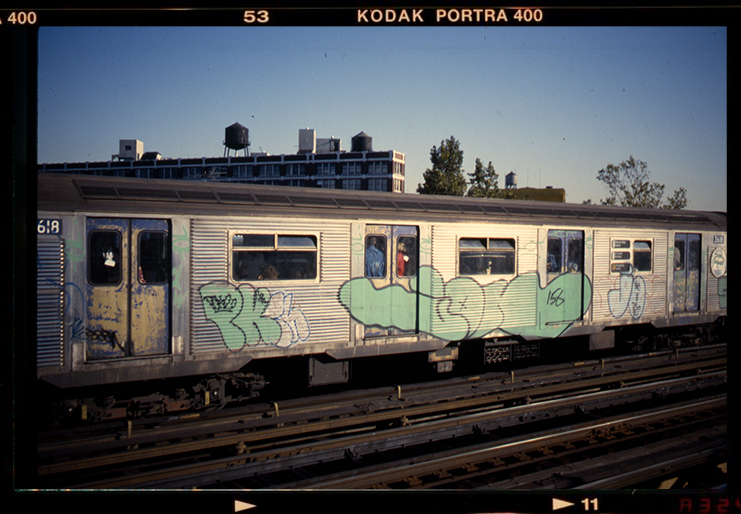 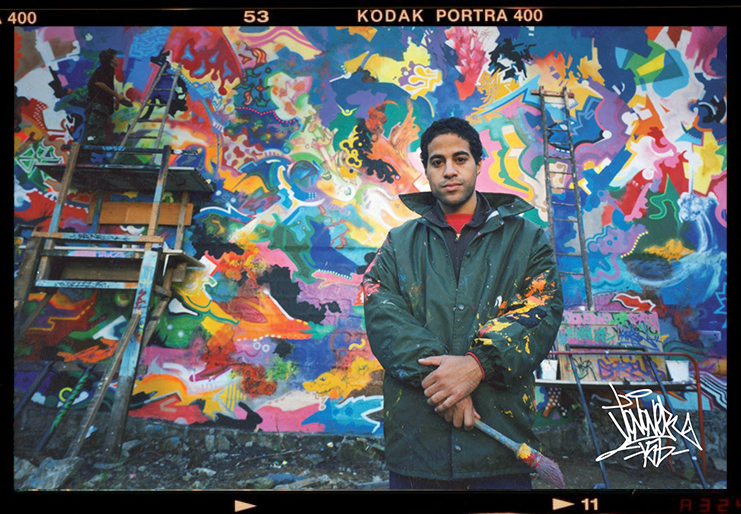 He founded the 156 All Starz group in 1984 in New York. At the age of 17, he began working in the world of graffiti with his childhood friend White Man. He soon made a name for his style and created abstract works influenced by movement, color and the energy of the city. His style sets him apart from others as, at that time, the majority of other graffiti writers were working in more figurative styles.

As a teenager he is involved in the explosive graffiti scene of the 80s: spraying walls and bombing trains. Founded in 1987, Usines Ephémères is an organisation that turns derelict urban sites into emerging art hubs.

Jonone moved to Paris following an invitation from a good friend Bando, He soon found Paris had become his ‘new home’ and a place where he could pursue personal enrichment, linking in to the thriving arts and graffiti scene, and has remained there ever since.

In 1990 the group moved into the vacant Bretonneau Hospital in Paris.

Jonone was introduced to Cornette de Saint Cyr, and as a result was invited to work at the legendary ‘Hopital Ephemere’. Quickly noticed, JonOne had his first exhibition in 1992. 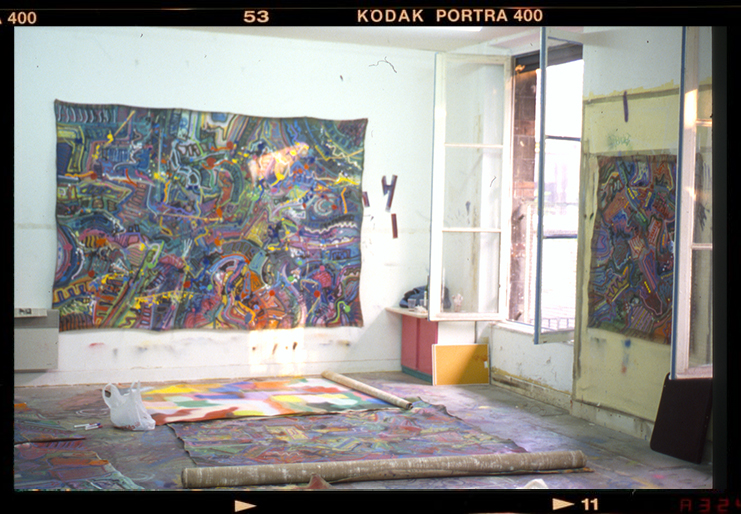 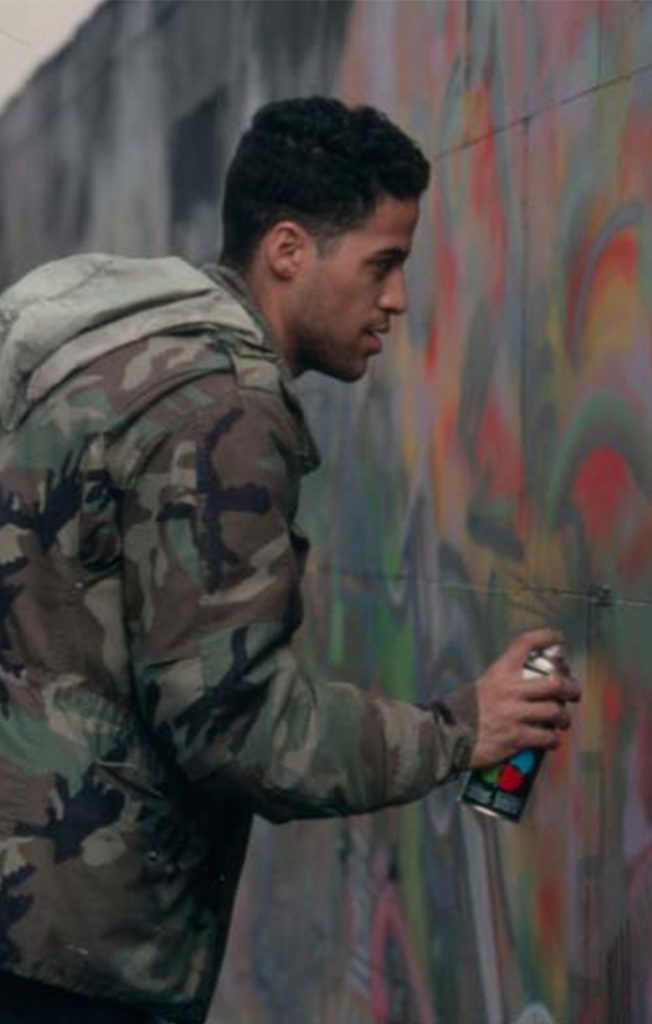 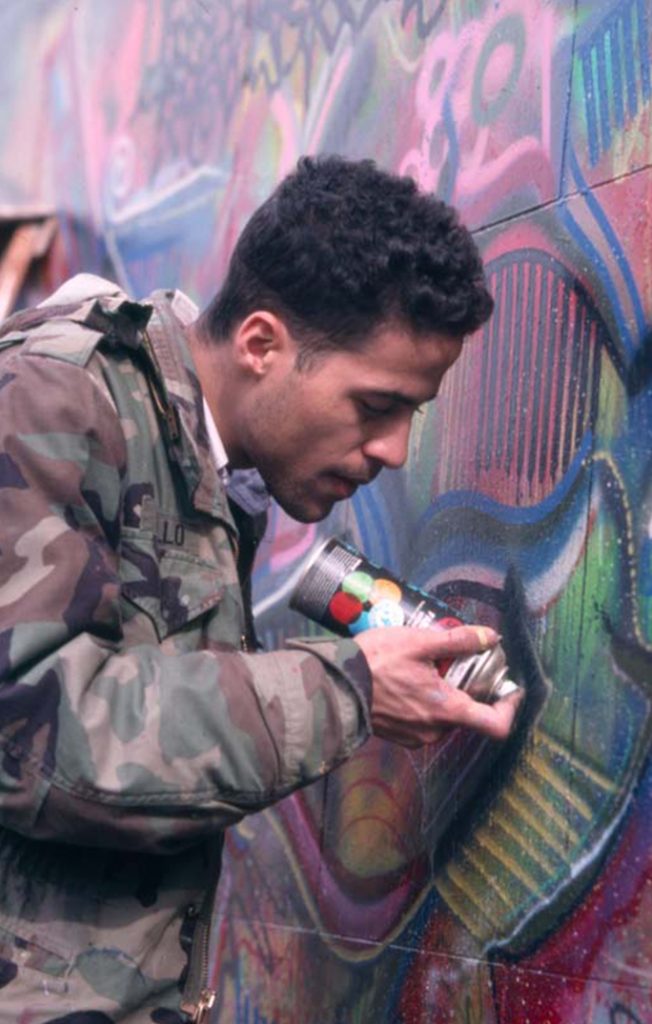 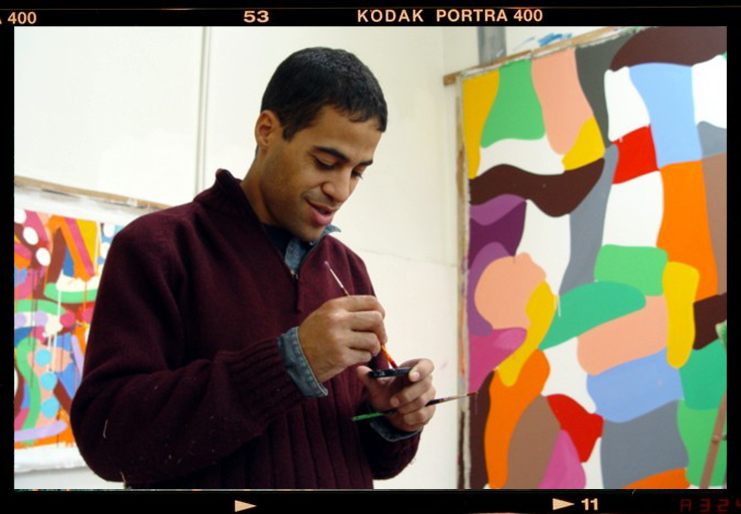 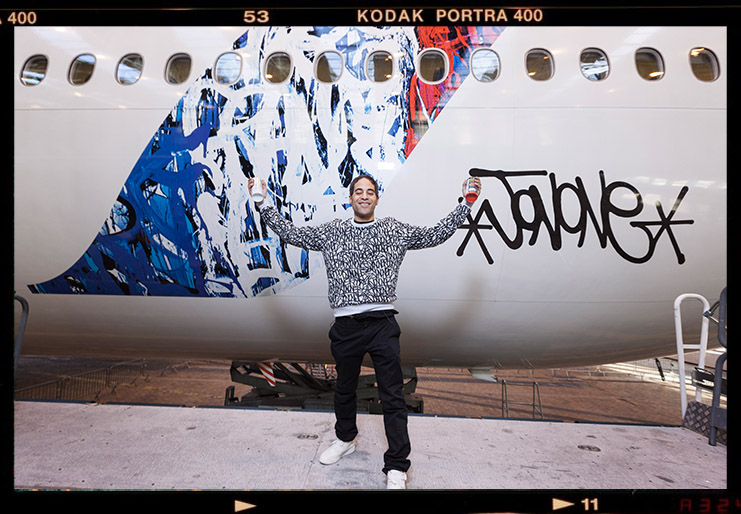